Fine homes thoughtfully made, curated for every Filipino 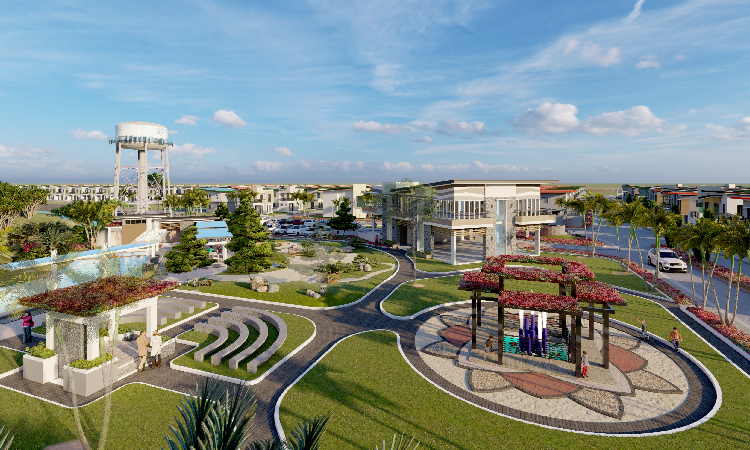 Noted homebuilder Suntrust Properties Inc. has made a mark in the real estate industry by providing superb mid-market addresses at attainable price points.

Familiar with Filipinos’ want for “sulit” buys—not least because it began during the 1997 Asian financial crisis—Suntrust has built great products aiming to be buyers’ first choice. It has offered sturdy and aesthetic addresses situated in master-planned themed subdivisions and premier condominium communities, all with friendlier prices and terms.

From two developments in Cavite, the company now prides itself in over 30 developments from Baguio to Davao. Suntrust would not have gone that far if it did not ensure that its products were built to last.

That quality can be seen in hardy structures built by skilled contractors in its self-sustaining enclaves. Just north of Bacolod in Negros Occidental, you will see Talisay City’s The Fountain Grove, which channels locals’ appetite for grandeur into modern homes, whose design and build demand attention. One Lakeshore Drive is comprised of sturdy condo towers in Davao Park District, Mindanao’s first-ever live-work-play-learn township. To accommodate the demand, Suntrust is building Two Lakeshore Drive.

Suntrust is also renowned for taking inspiration from stylish motifs and beautiful sceneries. That way, it appeals to more discerning groups, including chic individuals, overseas Filipino workers, globetrotters and professionals.

An outstanding example among its house-and-lot projects is Verona, a 62-ha development in Silang, Cavite. The community stamps itself on the minds of people heading to Tagaytay because of its awesome Romanesque fountain. The monument gives you a peek into the Italian charm of the project, faithfully patterned after its eponymous city in Shakespeare’s tragedy, “Romeo and Juliet.” In the historic Santa Ana district in Manila, Suntrust launched Ascentia, a 36-story tower that takes after the traditional Filipino motifs of the 1970s. Nostalgia is part of the appeal.

The classic principle, “location, location, location,” applies to every Suntrust project because it means convenience and capital appreciation. Suntrust builds in strategic locations near essential establishments and urban conveniences. In some cases, where it is necessary, it also offers commercial and retail components.

Consider Kirana, a condominium enclave in Pasig City. It is near the city center and C-5 Road, an important thoroughfare in Metro Manila. It is also minutes away from schools, hospitals and business hubs. Finally, the business-minded can take up some of the 15 commercial units. Meanwhile, Siena Hills in Lipa, aka “la Piccola Roma” or Little Rome, is just minutes away from the city center and its schools, hospitals and shops. Despite that, homeowners enjoy a view of Mount Malarayat.

One intangible that gets Filipinos to take the leap and buy into Suntrust is trust. That trust in the brand accumulates not only with every home sold but also with the awards it continues to garner, the latest of which was from the first-ever Carousell Property Awards, which named Kirana as “Best Affordable Condominium” and Verona as “Best Development: Mid-Range Housing.”

Suntrust does not rest only on its body of work. It also benefits from the reputation of its parent company, industry leader Megaworld Corp., founded in 1989, and the conglomerate Alliance Global Group Inc. Not only that, the developer acquired Stateland Inc. in 2018 to endow itself with over six decades of expertise, definitely helpful in its bid to build a home for every Filipino.