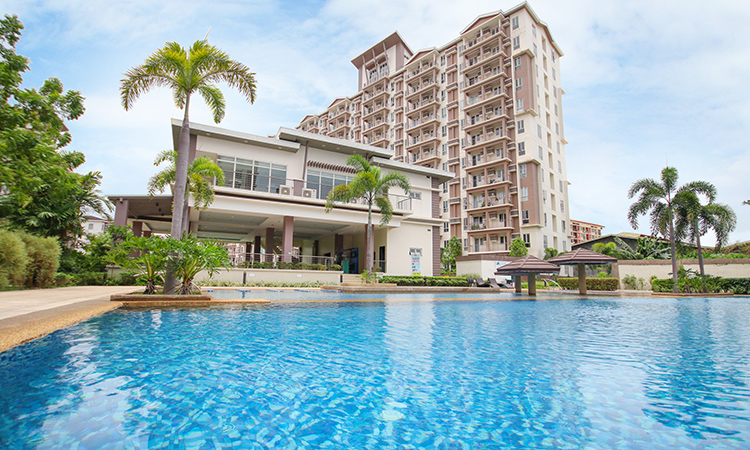 Urban dwellers and homebuyers in Metro Manila often complain that good addresses are hard to come by. There’s some truth to that. The capital has become denser amid a rising housing demand and the lack of available land to build on. Thus, many end up in homes that provide no rest at all. If you do know which brands to trust, better options beckon. Certain brands like Suntrust Properties Inc. ensure that its homeowners achieve that rare experience of a great address in the metropolis. Suntrust has become a beloved brand for constructing the dream homes of Filipino families in master-planned and self-contained communities. Even in urban centers like Metro Manila, it has successfully translated its mastery of house-and-lot offerings to condominium projects.

The project is named after the Sanskrit term for “tranquil.” Suntrust interprets that ideal with a project designed to reward its residents with peace of mind and pleasure. Suntrust Shanata can be accessed through the busy Quirino Highway in Novaliches, Quezon City but the 12-cluster condominium community offers awesome privacy, security and exclusivity. If you buy any of the studio to three-bedroom units here, its resort-like amenities would give you little reason to go out. It has a 25-m lap pool, a pool deck, a gazebo area, a clubhouse, a gym and more. If you do need to go out of your “vertical village” for supply runs and emergencies, hospitals and grocery stores are nearby. So are schools, leisure destinations, commercial hubs and promising workplaces.

In Pasig City, Suntrust offers an enclave both spacious and eco-friendly — Suntrust Kirana. The name, of Indonesian origin, means “beautiful ray of light”—something that connotes positivity and possibility. That is what the builder intends to provide its homeowners on a 7,083-sqm “ecopolis” along Urbano Velasco Avenue. The project, comprised of four towers with studio to two-bedroom units, has upscale finishes, 24/7 security and sustainable features. Kirana facilitates close relationships among dwellers through amenities including the clubhouse, pools, the gazebo, and play areas. It also offers commercial units, an opportunity for the business-minded.

Valuing accessibility, the project is near Pasig City’s center, shopping destinations, schools and hospitals. Just a few minutes’ drive and you are already on C-5 Road.

For the nostalgic set, Suntrust Ascentia awaits in Manila. The 36-story tower is a contemporary take on the traditional Filipino motifs of the 1970s. There’s no better place for the project—Suntrust’s fifth in the nation’s capital city—to rise than on the historic Santa Ana district, renowned for its timeless beauty and elegant heritage. The tower, despite being an ode to the past, contains modern amenities like the swimming pools, jogging path, Jacuzzi and fitness gym, as well as today’s best services in property management and security. If you buy into its studio to three-bedroom units, you get unprecedented access to leisure and commercial destinations, schools and hospitals, plus mobility and transport nodes. Head in any direction from your home on New Panaderos Street!