Ideal home spaces in the city of stars 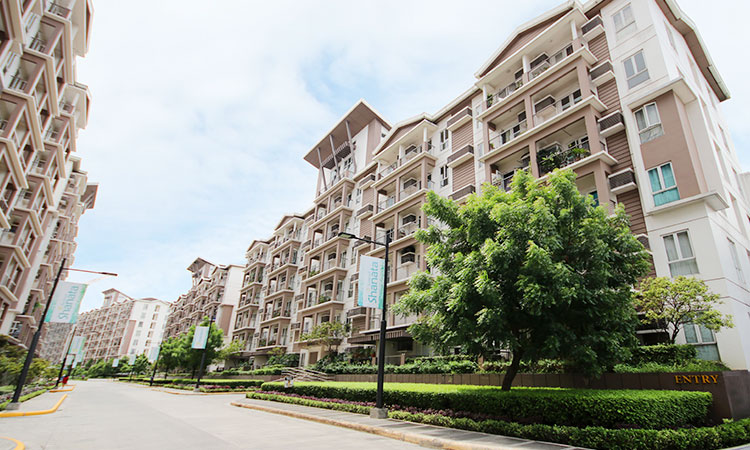 Quezon City is said to have the largest population in the country at 2.94 million. Yet the City of Stars continues to draw more residents who favor living on this side of the metro. With several major business districts scattered throughout the city, it remains a viable location for companies looking to establish a place for their businesses. This thus means numerous employment opportunities. Its ranking in the Cities and Municipalities Competitive Index (CMCI) as the most competitive highly urbanized city in the country makes Quezon City an even more attractive location, whether one is looking for a conducive business location or an ideal residential address.

Major thoroughfares that cut through the city, along with the Light Rail Transit and the Metro Rail Transit, make it among the most accessible locations in the metro. One cannot also overlook the fact that the city is home to some of the leading academic institutions in the country including University of the Philippines in Diliman and Ateneo de Manila University and Miriam College in Katipunan. With more city dwellers looking to set up a home in Quezon City, one of the country’s trusted brands in the affordable market segment offers well-thought-out and safe communities here. Suntrust Properties Inc. has both ready-for-occupancy and pre-selling units that are strategically located near the city’s business districts and premier universities as well as its exciting entertainment, dining and shopping hubs.

At the heart of bustling E. Rodriguez Avenue is the three-tower Suntrust Asmara. The low-density residential complex boasts of a strategic location, giving its residents proximity to important medical facilities such as St. Luke’s Medical Center and National Children’s Hospital, as well as educational institutions like St. Joseph’s College, St. Paul University, Saint Pedro Poveda College and La Salle Green Hills. Major thoroughfares and public transportation are likewise within easy reach. Future residents can take their pick from studio, one-, two- and three-bedroom unit cuts, all of which are available through flexible payment terms.

Located at the corner of Scout Reyes Street and Quezon Avenue in Barangay Paligsahan is Suntrust Amadea. The two-tower development is within a short drive of leisure and commercial establishments in Tomas Morato, Fisher Mall, Centris Station Mall, medical institutions such as Capitol Medical Center and East Avenue Medical Center, to name a few. What makes Suntrust Amadea extra special are the eight Sky Gardens that can be found at the 11th and 31st floors of each tower. The green spaces feature mini parks where residents can enjoy fresh air and take in spectacular views of Quezon City.

With a name that means “tranquil” in Sanskrit, Suntrust Shanata is a community designed to give its residents peace of mind and pleasure. Situated along Quirino Highway in Novaliches, it affords its unit owners with the convenience of a strategic location, well-thought-out amenities and, most importantly, an ideal pricing scheme. Here, residents can expect to come home to and enjoy features that are usually found in higher-priced developments—lush landscaping, a lap pool and separate kiddie pool, a paved sunbathing and pool deck, a well-equipped gym, a clubhouse and function rooms.