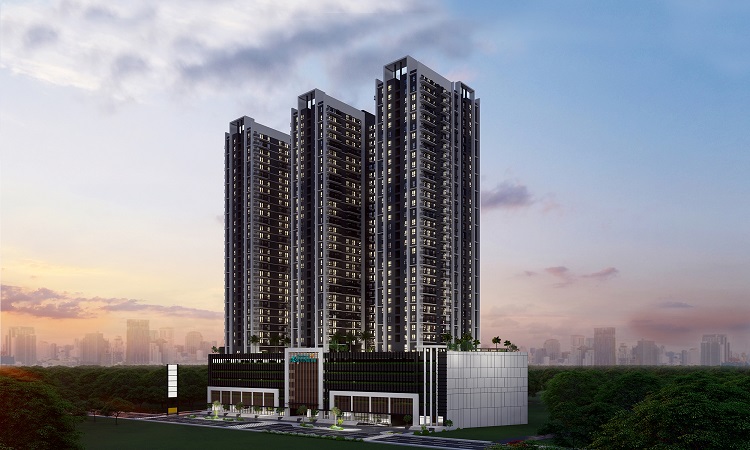 It’s easy to fall in love with the City of Manila.

The Philippine capital’s historical ascent to prominence over centuries saw it developing into what is now a highly progressive, vibrant urban center, typified by a changing skyline that signals its sustained growth—high rise offices and towering residences, large shopping complexes, retail dining, and leisure hubs, hotels, shophouses, and subdivisions that have become the modern stomping ground of locals, expats and businesses.

At the same time, Manila’s old world beauty and charm remained intact, evident in its glorious cultural and historical landmarks, like its walled city and churches dating back to colonial times. Today, it has become a remarkably diverse melting pot of traditions and of people now calling Manila their home.“Manila is the center of the country’s economic, political, social and cultural activity. It has witnessed how the country has flourished over the years, from being a center of rich culture and heritage to becoming a district of convenience and modernity. With its rich history and vibrant economic growth, Suntrust believes that Manila is one of the best cities to invest and reside in,” said Suntrust Properties Inc. president Atty. Harry M. Paltongan.

This, perhaps, explains why Suntrust Properties is now on its fifth residential development in Manila—this time, building a modern enclave within the Sta. Ana district.

“Suntrust Ascentia ascends you to a higher standard of quality urban living, letting you live in the middle of the renowned Sta. Ana. This modern contemporary tower is envisioned to rise as a landmark that represents Sta. Ana’s timeless beauty and elegant heritage,” Paltongan explained.

He pointed out that Suntrust Ascentia is only a few steps northeast of the Santa Ana Bridge, connecting it to the thriving cities of Mandaluyong and Makati to the east, the districts of Paco and Pandacan to the west, San Juan to the north, while Pasig River lies southeast.

“It’s safe to say that living in Suntrust Ascentia puts residents at the heart of everything because all of life’s conveniences are just a stone’s throw away. The development is close to major business districts, schools, universities and leisure hubs,” he further said.

This early, Suntrust Ascentia is proving to be the perfect fit for Sta. Ana as its architectural design will be a seamless fusion of heritage and modernity.

“Suntrust Ascentia will be a showcase of the city’s rich history and vibrant future, inspired by the original headquarters of the GSIS in Arroceros Street, Manila which was designed by Federico Ilustre who has worked on numerous postwar architectural structures in the country such as the Quezon Memorial Shrine,” Paltongan explained.

This 5,210-sqm condominium community showcases state-of-the-art amenities and well-crafted studio, two-bedroom and three-bedroom units designed for residents’ comfort and convenience. Its wide array of indoor and outdoor facilities will ensure a myriad of activities for the whole family.

And it’s thoughtfully designed as well.

“Given the complexity of our environment these days, we have realized the importance of keeping an active and healthy lifestyle. With that in mind, we have curated a long list of amenities that will complement the needs and demands of our homebuyers. Our building is also equipped with modern features that would enable its future residents to enjoy a lifestyle that meets the demands of the new normal,” Paltongan said.

Future residents are thus assured of facilities that will enable them to lead a more holistic lifestyle—swimming pools, a jogging path and fitness gym that will allow you to keep track of your fitness goals, while the lounge areas, landscaped gardens and benches allow for some quiet time and ample space to get some fresh air. Intimate gatherings can be held at the function hall, while kids can have their playtime at the playground or the daycare.

One is also assured of 24/7 security, emergency backup power for common areas, while a property management office will ensure the quality of the development even long after the turnover of units.

And whether you plan to live in it or lease it out eventually, investing in Suntrust Ascentia today will no doubt be a smart, practical move for you.

“Real estate is one of the safest investment options available. With the reopening of the economy, backed by low interest rates and the continued roll out of vaccination programs, investing in Suntrust Ascentia while it is still on its pre-selling stage is definitely one of the best decisions one can make before the year ends,” Paltongan concluded.

Indeed, Suntrust Ascentia is yet another way for Suntrust Properties to provide quality, affordably priced homes that can help ensure a bigger, better and brighter future for more Filipinos.