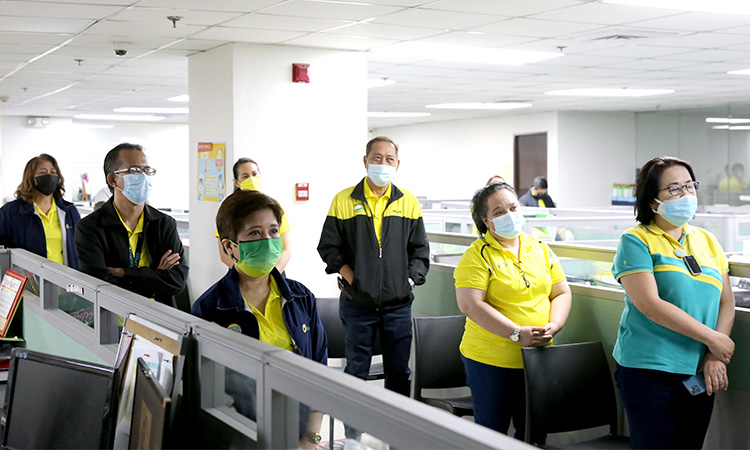 Trusted developer Suntrust Properties Inc. gathered its people in various events to mark a triumphant 24th year in the business with high hopes for growth in the upcoming recovery.

With the theme, “2gether, 4ward we go,” the company rallied leaders, employees, Suntrustees and business partners to march into the future together, with pride in their ability to deliver affordable and quality homes nationwide, and generate bright prospects amid the pandemic.

“The theme serves as a reminder for the whole group to recognize the importance of our actions being correlated and coordinated with each other,” explained Suntrust president Atty. Harry Paltongan in a speech for the virtual anniversary program on Nov. 15. “‘[It] is a call … to work together towards a common goal, and that is to turn more dreams into reality.”

During the program, Suntrust unveiled a corporate wall looking back on the company’s milestones since its birth amid the 1997 Asian Financial Crisis, and declaring its values and principles through a creed.

The program was preceded by several events, beginning with a thanksgiving Mass. Officiant Rev. Gabriel Paraan, director of Cardinal Sin Welcome Home, said: “God has been good to you... But I hope that when God grants you your prayers, you do something for the Lord as well. Whatever we do in reference to the blessing of God, God will be glorified through us.”

Following the Mass was the e-Sports Virtual Awarding Ceremony. The contest—a safer version of its annual sports fest, “TagiSuntrust”—allowed people to gather during lunch breaks in October to compete in Pictionary, Word Factory, Chess and Scrabble, etc. Those who topped the games received medals, trophies and cash prizes. An exciting SPI Online Bingo followed.

Prior to Nov. 15, Suntrust held several events as well—employees shared their hopes on the Anniversary Wall, a modern take on the freedom wall, and held a tree-planting activity inside The Arcadia, Suntrust’s 22.6-ha project in Porac, Pampanga.

Arcadia is one reason for Suntrust to celebrate. The developer, now with over 30 projects nationwide, recently launched model houses for the community. It also topped off The Mist Residences in Baguio City, and unveiled residential properties: Suntrust Ascentia in Manila and new inventories in the Cyberville project in Cavite.

In his message, Megaworld chair Dr. Andrew L. Tan hailed Suntrust: “The mindset and culture of Suntrust are a testament not only to the stability of our foundation but also the strength of our people…. It is your collective efforts and steadfast optimism that will help usher us into better and brighter times post-pandemic.” Suntrust is a subsidiary of Megaworld.

Megaworld vice chair Lourdes Gutierrez-Alfonso added: “Currently, we have about 500 employees and close to 500 salespeople. There is no doubt that the individual contributions of our workforce are significant, but it’s the synergy we create that allows Suntrust to truly make an impact.”

Ever growing because of its innovation and heritage of optimism, Suntrust plans to ride the post-pandemic momentum to new summits.

“Our vision is to be the buyers’ first choice in affordably priced condominiums and house-and-lot units,” declared Paltongan. “Our aggressive marketing stance and attractive packages are meant to serve more people which will … increase our market share.”

The mission is beyond the bottom line for Suntrust, he concluded: “We can guarantee our homebuyers that we are listening to their needs and we will work harder to fulfill those needs… We are committed to helping solve the housing backlog by providing affordably priced homes for all market segments.”