Finding home in the city 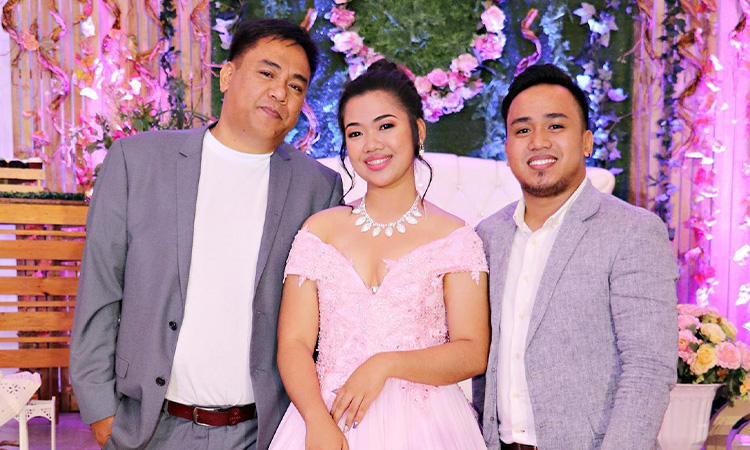 We often say, our neighbors are like family to us too, especially when we live in a community where everyone is a friend to everyone else. After all, harmonious living within the comforts of our neighborhood surely enhances a serene living environment and stress-free life.

Yet, for Eugene Guerrero, his neighbors are literally his family. He lives in a unit in Suntrust Shanata in Quezon City, while his 27-year-old daughter and her own family and two kids live in another unit in the nearby cluster, and his son lives in one other unit from a different building. They are a family who lives in different buildings but never did they feel disconnected. In fact, the closeness of their community actually brings them closer. They have even strengthened their relationship, because instead of bonding inside their homes, they get to bond outdoors, eat almost everyday like a picnic, and get together in the simplest way but in the grandest of locations.

“Before the pandemic, we treat the community amenities as our living room. We dine there, do picnics in the swimming pool area, we hold gatherings at the clubhouse, we bond at the gym. This whole neighborhood may seem vast, but we still feel connected in so many ways,” the father of two enthused.

Eugene started his Suntrust home buying journey in 2017. He and his family used to live in Malabon, where they own a farm and a metal and plastic fabrication shop that has been running for seven years now. When they finally decided to expand their business and branch out to the Metro, they opened up a shop at Novaliches, Quezon City, just along Quirino Highway. Having a shop in the Metro is exhausting for them who live miles away. So, not long after their first shop in the city opened, Eugene decided to rent a place at Suntrust Shanata, a condominium property along Quirino Highway, that sits just a few steps away from his new shop. He found it very convenient to live in, as he is just a breath away not only from his work, but from all his other needs.

Just after a few months of renting, he finally decided to purchase a unit for himself, and soon enough, he purchased another unit for his two children. According to Eugene, it wasn’t really a part of his long-term plan before to buy a home to settle in, until he lived in Shanata. All of a sudden, his views about owning a home changed.

“I realized, why am I renting if I can pay for the same amount and actually own the place?”, he said. And he answered his own question by finally purchasing his and his children’s first forever home. For Eugene, it really is a home that he can pass on to generations, and a place where he would want his children and grandchildren, and even great grandchildren, to live in.

And just two years ago, he started paying for another two units from the pre-selling cluster, bringing his total units in the property to five. He was ecstatic about the place and he just knew that the neighborhood would be their home for the longest time. He admitted that his seller also played a huge part in it. He was perfectly introduced to all the benefits of Shanata living, and that’s just on top of his own knowledge of the place. After all, he rented there for months.

“Shanata is very convenient, lovely, peaceful, and I just knew that it lasts for a lifetime. My purchase of five units alone proves how much I admire this place,” he added.

He says that even though he and his family live a few steps from each other, they never fail to bond within the neighborhood. He even plans to transform the two units he just purchased into a huge room where they can all get together. Even their relatives love going to their place, especially to do picnics and celebrate important occasions. They all come from far places like Marikina and Malabon, but they all couldn’t care less about the travel as they love being in Shanata.

“We swim and exercise at the gym as a family. It’s like we are a family by blood, but at the same time, neighbors,” Eugene said. For him and his family, these simple moments they spend with each other in their home’s friendly community are what makes them #HappyAtHome.