Geared Up to Rise Together this 2021 | Suntrust Properties Inc.
Skip to main content

Geared Up to Rise Together this 2021

Many say one’s greatest glory isn’t really measured by not falling, but by his ability to rise up everytime he falls. The year 2020 may have been filled with adversities and challenges, but esteemed property developer Suntrust Properties, Inc. (SPI), proved once again that even in the last months of the year, they are able to rise and go beyond expectations, gearing up for a stronger sales force to conquer 2021.

With the theme “We Rise as One”, SPI celebrates, again virtually, its 2020 4th Quarter Annual Awards and 2021 Sales Kick-Off. Held last February 24, the trusted real estate developer applauded its sales force, fondly called Suntrustees,  for a productive year, despite the adversities brought by the Covid-19 pandemic.

A virtual toast for the fearless and brave

Suntrust president Atty. Harry M. Paltongan led a virtual toast congratulating all the awardees and producers, as they were able to achieve a commendable amount of sales for the past year. Revealing each of the Suntrustee’s groups’ sales commitments for the year 2021, Atty. Paltongan dubbed them as “fearless” and “brave”, which he cited as good things.

“Seeing your sales result by the end of 2020, I figured, you can definitely reach your committed sales targets, and even go beyond that,” Paltongan confidently stated. “I know it is achievable because in the worst times of 2020, we were able to achieve something great. During the lockdown, you weren’t able to do anything, but seeing your sales deliverables, there is no doubt that you can do anything,” he added.

A fruitful year for the company’s precious gems

The company’s EVP and COO, Ms. Deanna Jean Claveria, also gave her say and salute to the awardees. “We are grateful to have surpassed the most difficult months of 2020. And here we are once more to claim our luck and success for 2021. As we always say, let’s claim it!” she exclaimed. She also attributed the qualities of a diamond to Suntrustees, as they chose to stay in the company to be polished from a rough stone to a shiny gem, representing their determination to shine with the company.

First Vice President of Sales, Marketing, and Training, Mr. Jerry Rubis, also commended his people’s efforts, for a challenging yet fruitful year that had passed. “Today, we applaud those who stayed with us, the brave ones who stuck through thick and thin, and the fearless salespeople who proved resilience and strength in the previous year. The year 2021 appears to be very promising, as we use the theme ‘We Rise as One’. In the middle of the pandemic, who would have thought we’d start the year fruitfully?” he said, celebrating the early good start of the company’s sales.

The virtual event  was attended by almost 600 Suntrustees nationwide, all coming together to watch their victory and to make a promise of a stronger sales force.  In between award ceremonies and notable speeches, guest performer Julia Serad from The L.O.V.E. Project graced the screens with her golden voice. The event also had an entertaining portion where Suntrustees paraded in their own homes and sales offices wearing recycled gowns for the Glam King and Glam Queen competition.

Before the revelation of each sales division’s commitment for the year, long-standing Suntrustees shared some speeches, advice, and words of thanks for the company and their team. The awardees, as usual, were showered with tons of rewards, ranging from gadgets, cash, digital activity budget, and elite editions of Suntrust treasures, topped of course with lots and lots of raffle prizes.

Once again, Suntrustees manifested the strength of a true Suntrustee, proving that they can soar higher than the world’s challenges, and together, Suntrust rises as one. 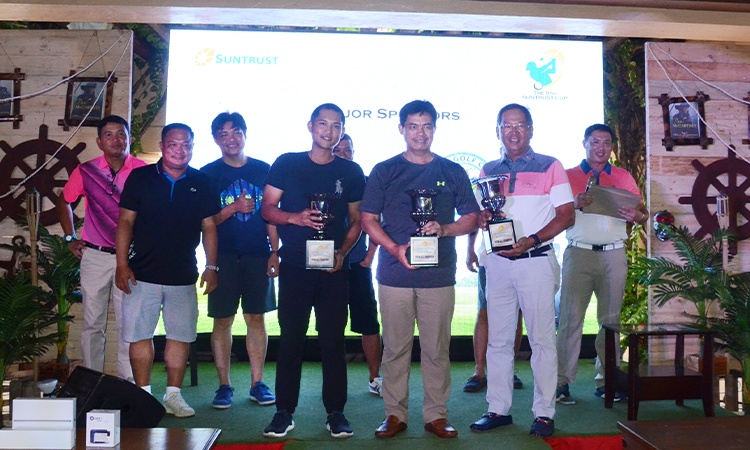 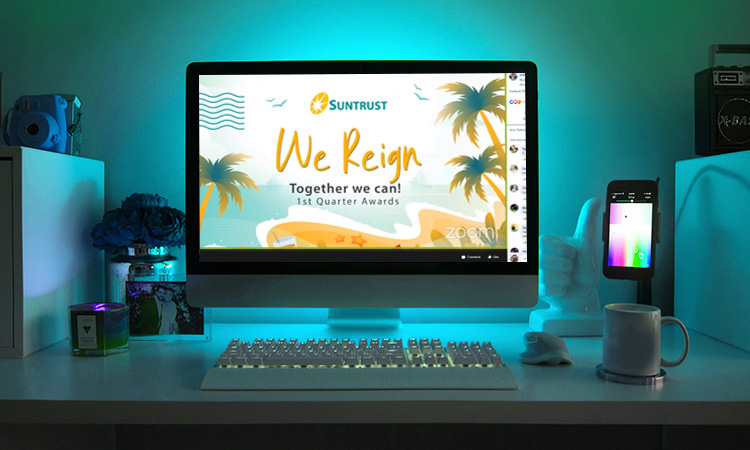 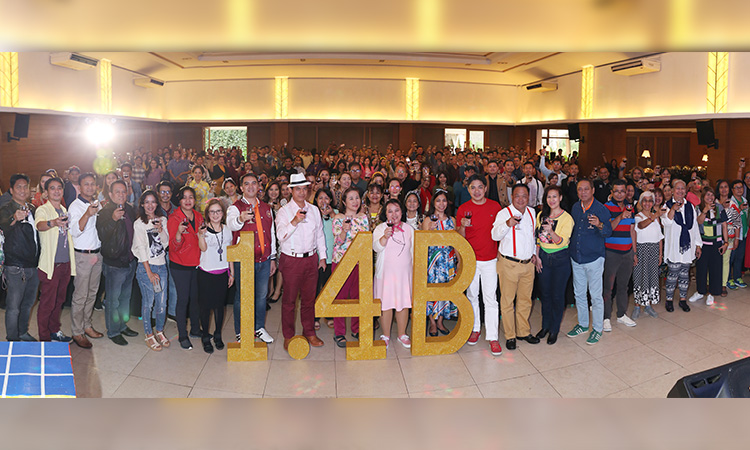